Bas spoke to Mr Ernest Moss about the new stamping machines that had been reported as landing in Australia. Mr Moss got him a position at the Maritime Wireless Company Ltd in Avoca Street, Randwick in NSW. This company had just installed £30,000 worth of the latest equipment from America. 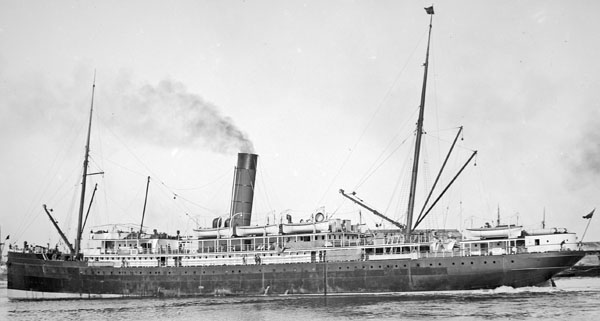 On December 12 1912, Bas left for a 12 month engagement with the Maritime Wireless Ltd. It is thought he sailed for Sydney on the  screw steamship SS MOERAKI, owned by the Union Steam Ship Company.

An impromptu concert was held on board during the voyage to Australia. [a card from the concert was in Basil’s possessions. 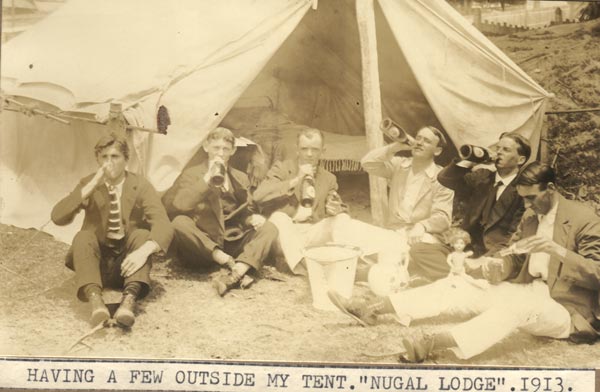 He was placed on experimental work as an electrical fitter. His Works Manager was Mr Frampton also from Christchurch and they became firm friends.

While in Randwick he lived with the Sacks of Nugal Lodge, Randwick. Their children were Francie and Fairmont. 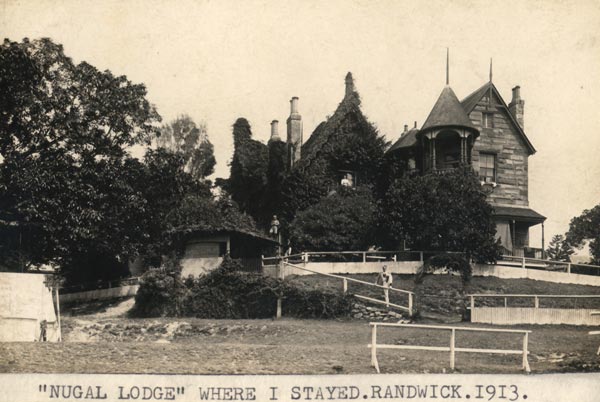 During 1913 Bas experienced a great deal while working for the Maritime Wireless Company with the “very latest machines for modern manufacture”.

He met Father Shaw, who had been commissioned by the Pope to oversee the building of the wireless equipment throughout Australia. The Company was strictly Roman Catholic and operated under the guidance of Father Shaw who was an expert telegraphist. It was said that the system of wireless in existence at Randwick was “unlike any other in the world”. It was invented by Rev Father Shaw, who was one of the company directors, and was patented under his name. 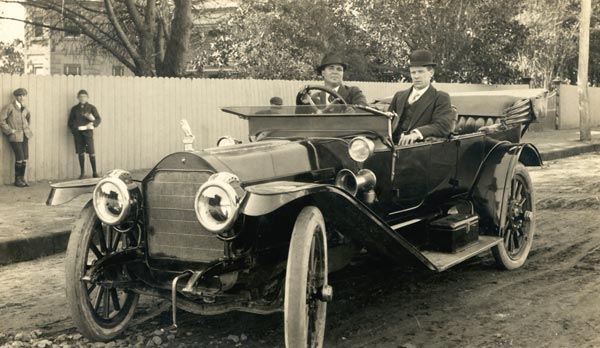 ‘Father Shaw, responsible for raising money for missionaries in the South Pacific, became Australia’s first radio entrepreneur and the centre of a national political scandal which ended with the sacking of a Navy minister. The new technology of wireless was first used to communicate between ships at sea and stations on the coast. Ships’ ‘sparks’ were to be an important source of technical talent for the radio industry.’

“In around 1904 Father Shaw, whose hobby was wireless design, joined with a local business, Kirkby to form Maritime Wireless. The factory was built on his church grounds and employed over 150 workers. Most importantly, it was the only company to run a wireless apprentice workshop in Sydney. In 1914 Shaw was forced to sell Maritime Wireless to the government after being found guilty of misappropriating church funds.” 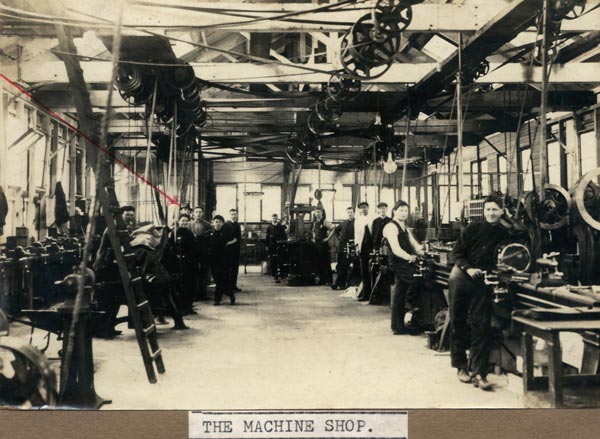 By August 1913, Basil  decided to returned to New Zealand as he was homesick. On completing his time with the Maritime Wireless Ltd at Randwick as an electrical fitter, he received the following reference:

“To whom it may concern:

This certifies that Mr B Low has been in our employ from December 1912 in the capacity of Electrical Fitter. During this time he has given every satisfaction. He is now returning to New Zealand where we wish him every success in his future career.”

When he returned home he recommenced work for Mr Moss and continued to work there until the declaration of war sometime later.

A Trip to the Top of the Tower 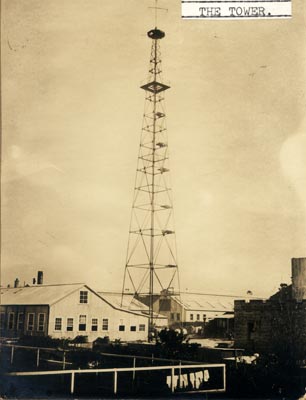 The following description appeared in a paper clipping c 1913.

It is only occasionally that the huge tower that rises from the centre of the works to a height of 197 feet is used for the transmission and reception of messages. Of late it has been employed solely for the purpose of testing new “sets” prior to their leaving the works. “If your nerves are in good order you may climb to the top and admire the view,” the writer was told.

Long before the first landing was reached the brain began to reel. Every moment the structure appeared likely to collapse, especially when a glance upward disclosed the clouds, which semed to be scurrying across the sky immediately overhead.

It was fully 20 minutes before the summit was reached, and there a pause was made to enable the visitor to collect his senses. The view is a beautiful one in the extreme.