While in Australia he was offered, or applied for, the position of French Master at Otago Boys and Girls School. As a result, he sailed for New Zealand with 3 of his children. Jeannie would have been 13, John 11 and Blanche 9 years old when they arrived in New Zealand. Sadly his only son John Bethune died at Dunedin on 26 Sep 1881.

Jean held the position of French Master for five years, from 1879 until 1884. It was during this time that he met and married Ann Flanagan, a widowed mother of girls and boys. 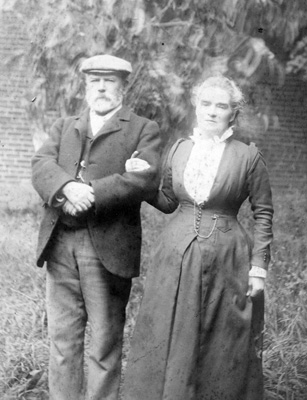 Jean reounced his French nationality and was naturalised in New Zealand on 4 Jul 1882 and on the same day he and Annie were married at the Presbyterian Knox Church on the corner of George and Pitt Streets in Dunedin. He was 54 years old and his occupation was listed as “a teacher of languages”. Annie was 44 years of age and the wedding ceremony was held at her home in High Street, Dunedin, where they both continued to live.

In the same year that he took up the position at the Otago Boys and Girls School, he also became a Lecturer in French at Otago University. He is listed in Stone’s Otago and Southern Highlands Directory of 1889 as: J.A. Dallas, Univ. Gallic. He held this position until 1901 when he retired.

It was not until 1916 (Friday 17th April) at the age of 89, that Jean Aristides Dallas died. He passed away at his home, Temora, in Dunedin. 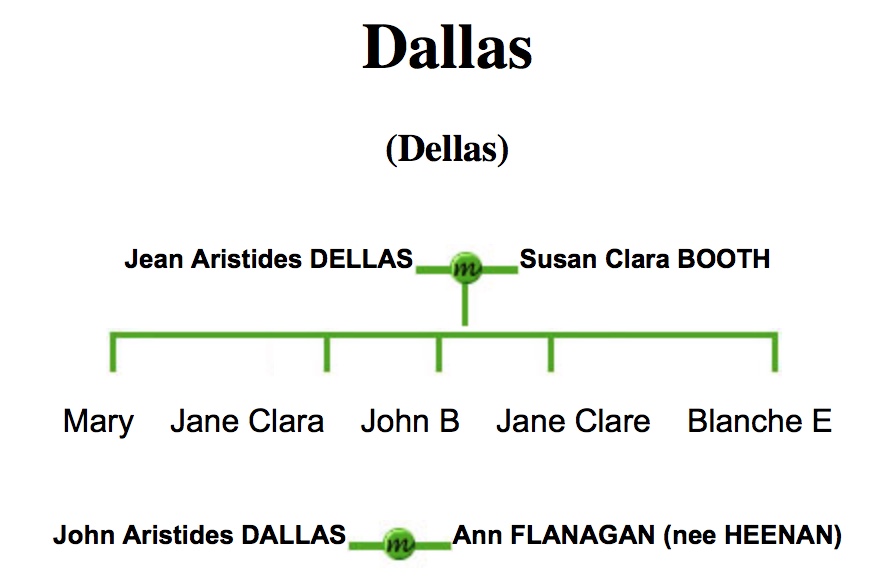 Jeannie and Blanche came to New Zealand with their father in 1879.
Jeannie would have been 13 and Blanche 9 years old.

Mary, 20, married Henry Kelsall on 20 Feb 1889 in Kilconquhar House, Fife, Scotland. He was the son Lady Elliott of Maxpoffle, Roxburghshire, Scotland. Maxpoffle was probably an estate and is about a mile south east of Bowden, halfway between Selkirk and Roxburgh.