Wilhelmina KREIS (Mina to her family) was my great grandmother. She was born on 11 December 1865 in Evangelisch, Egnach, Thurgau, Switzerland to Anna and Ulrich KREIS, the fourth or nine children. 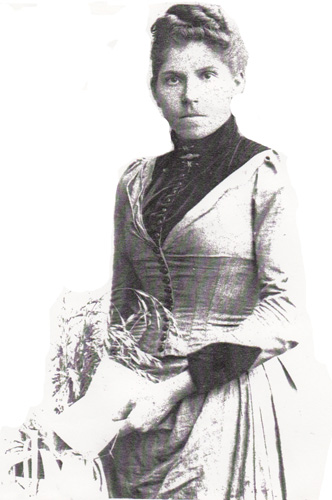 When she was 12 she emigrated with her parents and siblings on the Hydrabad from Plymouth, arriving in Adelaide on 26 February 1878.

With her father’s death less than 2 years later in 1879, she went to work for a South Australian family who became very fond of her. When they moved to Sydney in NSW in 1880 they took her with them. She was 14 years old. It was in Sydney that she met and married Robert HOPPING in 1891 in Ashfield at the age of 22. The couple moved into Cross Street, Five Dock but by 1918 they had moved to Dee Why where they lived until their deaths.

Wilhelmina died on January 29, 1929, at her daughter Olive Millington’s home in Badgery’s Avenue, Flemington, N.S.W.and is buried in Manly Cemetery.